The 2012 US Open final a great example of why Tennis is, arguably, the best sport for in-play trading.

The match started with Djokovic a 1.45 favourite and underdog Murray priced @ 3.25. This was one of those situations were you could be pretty sure that Djokovic was going to be trading higher in-play and from looking around the web I could see plenty of tennis traders were going with an early lay of Djokovic.

They did not have to wait very long to be rewarded as Murray broke in the first game and Djokovic drifted out to 1.70. A price which did not last long as Djokovic immediately broke back in the next game. This is something which often happens in tennis after an early break, yet the markets still react similarly to early breaks of serve compared to the ones later in a set which are usually more crucial. Regular readers will know this is highlighted as being a great time to enter the markets as explained in this article.

When Murray won the first set he was now into 1.90 heading into the 2nd set. Something that is worth looking out for in major tournaments is the great liquidity you can also get in the “set winner” market.

This market was very interesting in the 2nd set as when Murray went 4-0 up he then traded as low as 1.03 to win Set 2. Those who backed him as low as that would have had an awkward wait to collect their 3% returns as Murray threw away his 4 game lead and, in the end, had to win the 2nd set 7-5. There are plenty of low risk opportunities in this market since it moves with every point the same way the main market does.

As you can see in the chart , Murray touched 1.03 but the doubt set in as Djokovic began to claw each game back. Murray went out to 2.80 after that before eventually breaking the Djokovic serve and winning the 2nd set to the relief of the 1.03 backers.

Going into the 3rd set and Murray was 1.40, however the 3rd set was all about the reigning champion Djokovic. As you can see from the below chart, Djokovic was in control of this one.

Heading into the 4th set, Murray was out to 1.90 and Djokovic could be backed @ 2.10.  It was clear that the momentum was now with Djokovic and the Serbian broke early in the 4th set and from that point there was not much doubt that we were going the distance. There were still plenty of mini swings in the Set Winners market as the markets reacted to each point.

Going into the final set Djokovic was 1.50 and Murray 2.90 which was pretty close to the starting price. At this point you had to feel the momentum was with Djokovic and the final set would be a formality. In fact, at this point I looked on Twitter and it seemed like the nation had turned on him since it was looking so bleak , with many labeling him a “bottler” and “choker” even though the match was not even over yet.

However this was a contest where you really had to expect the unexpected.

Murray came out firing and appeared to have saved his best tennis for the final set. Eventually Murray was 1.03 when serving for the Championship and I expect many were laying that expecting him to choke but Andy Murray is now no longer a choker.

I guess we often overuse the word “epic” on this blog but this match certainly fell into that category. Not just from the trading perspective but some of the tennis was amazing at times. Over £63 million matched on the markets must set a new record for the most amount of money turned over in the shortest space of time on Betfair. I certainly cant remember a higher figure from the top of my head.

Below you can see the winners chart which gives you a good idea of the twists and turns of the contest, well done Andy Murray. 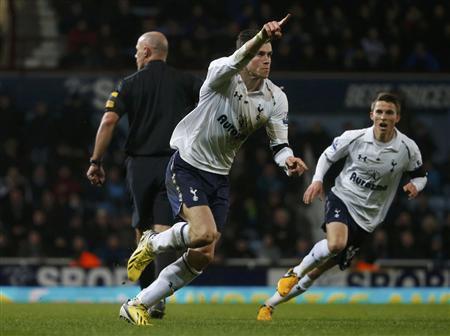