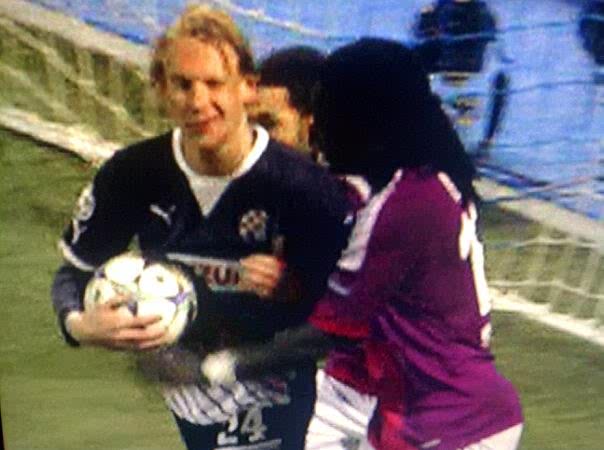 I said yesterday that I had a feeling we would get some drama last night and it wasn’t just involving the two Manchester clubs.

There was quite a shocking turn of events concerning the matches between Ajax-Real Madrid and Zagreb-Lyon.

Ajax appeared to be literally on the brink of qualification before the matches kicked off since it was only a defeat for them and a win for Lyon with a swing of 7 goals that could change anything. Well, Ajax lost 0-3 and Lyon won away to Zagreb 7-1! This was despite being drawn 1-1 at half time too!

Probably, the greatest Champions League comeback of all time!

The social networks were on fire in the immediate aftermath of this match with cries of it all being a fix. Are they right to be suspicious?

Lyon had only scored 2 goals in the Champions League all season, yet they somehow found SEVEN goals within 30 minutes last night.

Watching the goals shows you that the Zagreb team did little to try and stop them. There wasn’t any tackles and little effort from the goalkeeper to prevent the goals. 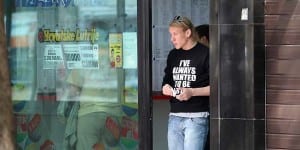 The above picture surfaced which shows a Zagreb player winking at a Lyon player. We cant be sure of the context of the wink but the picture was taken when the score was 1-5. If you were getting hammered 5-1 would you be in the mood for winking at the opposition?

Pictures surfacing of the same player walking out of a Croatian bookies after placing a bet haven’t helped the situation either. Then again, there’s nothing wrong with having a bet is there?

The Zagreb sending off was a bit suspicious also when you consider that the match meant nothing to them, yet they had a player get sent off for two yellow card offenses within the first 28 minutes. Thats not something that happens every day!

There is also the fact that there is a history of match fixing and corruption in the country of Croatia previously. The Zagreb players certainly don’t earn as much money as most other players in the Champions League which would probably make them much more susceptible to match fixers. Especially, in a competition such as this that will attract a huge amount of betting money.

The conspiracists were having a field day due to the fact that Lyon qualified by 2 goals in the end and Ajax actually had two very clear goals ruled out for offside too!

It wasnt a fix?

You can certainly see the case for all the paranoia but there is also a pretty strong case for it not being a fix after all. Lets play Devils Advocate for a bit…

Many people are not realising the simple fact that Dinamo Zagreb are a poor football team and really arent good enough for the Champions League. Remember, they conceded 4 against Ajax and 6 against Real Madrid so letting in 7 isnt that much of a stretch of the imagination?

As I have highlighted a few times this week, this was a match involving a team that NEEDED to win against a team that didnt care either way. Lyon went in at half time and saw that Ajax were losing 2-0 and they sensed they had an opportunity to go out and rack up loads of goals against ten men in order to qualify. Something they went and did because their Champions League life depended on it! Not that hard to believe surely?

I don’t recall many people saying the Manchester derby was fixed when City put 5 goals past ten men Man utd in the final 30 minutes?

There was certainly no suspicious movement before the match as Lyon DRIFTED pre-match from 1.90 up to 2.12 by kick off which is quite a big drift. Some would argue that was a double bluff move by the fixers but even at half time the odds on Lyon were probably just about right. The below screen shot shows Lyon priced @ 1.67 at half time but you have to remember that Zagreb were down to 10 men by this point so the 1.67 price was justified. However, I bet some will argue they were too short!

Apparently, the Correct Score of 1-7 traded @ 550 for £11 but the main market to look at would have been the “To Qualify” market on Betfair and I am assuming that Ajax will have traded @ 1.01 during the evening at some point. I wasn’t wise to the whole situation so recording the half time match odds market was as far as I got.

If it was a fix then no one appeared to tell the Dinamo Zagreb manager who was sacked within one hour of the match ending. The club president was quoted as saying “I have to say with great sadness that this defeat has been very painful  for us. It’s the worst defeat in Dinamo’s (European competition) history,”.

You also cant imagine Lyon wanting to fix a match due to the history of what happened in France with Marseille during the 90s. So, if there was a fix I would venture to say that Lyon were oblivious to it and just couldn’t believe their luck that Zagreb were rolling over so easy.

So you can draw your own conclusions about this whole thing. Watch the highlights and judge for yourself. There are many Ajax fans who are fuming right now but considering they were playing against Real Madrid reserves they had the opportunity to not even allow a fix to happen since they only needed a point to qualify!

Which makes you wonder….

If it was a fix then what would have happened if Ajax had actually got the point or the win against Madrid? Ajax would have gone through and Lyon would be out despite their 7-1 win against Zagreb, unless you are suggesting this wasn’t just a fix but some sort of conspiracy to eliminate Ajax and send Lyon through?