The lunchtime match between Blackburn Rovers and Arsenal was a superb way to kick off a busy weekend of football trading action. The lunchtime clashes in the Premier League are normally quite anti-climactic but you certainly couldn’t complain about this match. 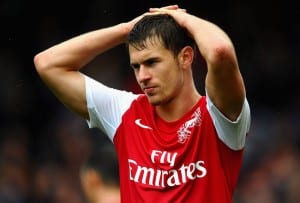 In previous years, Arsenal would have been trading around 1.80 to beat Blackburn here but with recent form and problems, I wasn’t surprised to see them drift from an opening price of 1.85 up to 2.16 at kick off. Most of the movement was made on the morning of the match with Arsenal priced @ 1.91 on Saturday morning before the market moved. Arsenal then went on to take the lead twice in this match and also traded below 1.35 TWICE too. Good money has been made over the past year by laying Arsenal when they take the lead and yesterday was no different and would have been extremely profitable for those who layed and then backed the Gunners twice in-play.

There was carnage on the markets when Blackburn took the lead as they began to trade around 1.60 and soon DRIFTED up to 1.75 which underlines the market panic as they actually should have been lower then 1.50 at that stage in the match. Once Blackburn went 4-2 up they traded down to 1.04 before Arsenal pulled another one back which saw their price shoot back up to 1.35! As we now know, Blackburn held on but there should have been some great profits made in this match with all the swings.

Crazy match, and one which will no doubt cause even more debate about the Crisis at Arsenal and the future of Arsene Wenger. I joked on Twitter that this match was an early relegation six pointer, however if Arsenal’s form continues like this then it wont be a joke any longer. 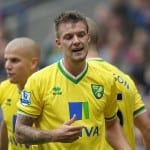 As mentioned in Friday’s post, Bolton Wanderers proved themselves to be unbackable when priced as an odds-on favourite. They eventually started the match @ 1.83, despite drifting up to evens at one point pre-match and then losing 1-2 to Norwich City. Everton almost proved themselves to be unbackable too after falling behind at home to Wigan, but they eventually pulled it back with two late goals and even beat my handicap bet with the last kick of the game. Obviously, if you had simply layed Everton from the start then you would have been all green either way by half time. This was an approach I was planning to take but I felt the +1.5 handicap for Wigan would be a “safer” route to profits however it wasn’t to be. It can be annoying when you call a match correctly but lose because you took the wrong course of action.

Sunday is promising to be even more exciting with some great Premier League action on the menu. I noticed that Man City have been drifting on the exchanges from 1.65 up to 1.75 at the moment after being highlighted as being too short on Friday. I will be making a visit to the Cottage today for that clash, and to say that I fear for Fulham would be a massive understatement but we can all live in hope I guess!

When you are trading football matches in-play you should also look out for, what I like to call, surprise goals as these can give you a great opportunity for profit. When a goal goes in against the run of play, you can often find the match eventually goes in favour of the run of play…