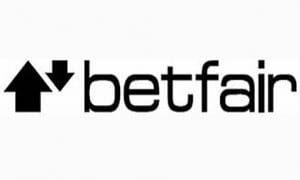 As you may have already heard there are troubling times ahead as Betfair announce they will be increasing the premium charge up to as much as 60% from July 18th 2011. In case you are unaware, the Premium Charge is like an added amount of commission that existing users will have to pay once they hit certain profit targets. The new added charge can be explained below in Betfair’s own words:

• Customers will only be subject to Premium Charges at higher rates if they satisfy all of the following conditions:

• Customers that satisfy all of the above conditions will be asked to pay Premium Charges at rates between 40% and 60% on all future exchange activity.

All customers that will be affected by these changes have already been contacted.

Thankfully, I used my account in the early days to “lose” a lot of money when arbing and matched betting and it seems that I haven’t been stung as much as others. I am a bit confused as to how they calculate it but when it comes along I try not to let it bother me. No point getting upset over something you can’t control right? After spending so many years struggling to make profits, the PC is a problem I would rather have.

This latest change is a bit extreme. With lifetime net profits of £250k, I know I won’t be affected just yet however I know one or two who it has and they are seriously thinking about the future.

There will probably be many people reading this feeling that it won’t affect their trading since they don’t make those profits however it actually affects us all. If some of the bigger traders leave then they will take much of the liquidity with them. If new people joining Betfair soon realise that its not possible to make big money from sports trading then they will be gone too!

From a personal point of view, I am also wondering about what the future might hold as it’s quite disheartening to know that there is a potential upper limit to your earnings on the exchange before you start getting the big hits. Who else would want to work hard at something only to have to give away about 65% of the profits at the end of it?

. If there is no potential for earning the big money on Betfair then less people will be interested and there will eventually be less liquidity in the markets which could even mean the beginning of the end for Betfair! Why else would traders like Adam Heathcote start looking at other business ventures?

Well the only real way this whole thing can be resolved was if all the traders started moving over to Betdaq. Sadly, I cant see that happening as many traders have been saying it “should” happen for years yet we are all still in the same place. At one point there was meant to be a “Betdaq day” where all traders would trade on Betdaq for the day. As far as I know, it was a failure.

I am sure it will only take a few of the big money traders to all move to Betdaq for a day or even a weekend and we will see Betfair start to change their attitude. Perhaps, this latest change might be just what is needed to spur everyone to make a change?

Premium charge or not, it would make sense to try and use Betdaq more often as a monopoly is never healthy for anyone.

A mug punter is often defined as someone who simply bets on sport with no ambition of making a long term profit and with no consideration of doing research on the event they are betting on. BONUS: Discover the Cash Out SECRETS that Betfair do NOT want you to know! 100% FREE eBook for you!…

There is plenty of FOOTBALL TRADING action to get stuck into on Betfair at the moment. If you are planning to get involved today, tomorrow or at that weekend then this is a great article to read beforehand especially if you are still struggling to make the long term profits from football trading. BONUS: Discover…