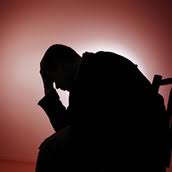 I admit I made up that statistic; however I wouldn’t be surprised if it was close to that amount as it seems you only ever hear about those who are losing money from gambling, trading, betting etc. Some ignorant person was having a conversation with me the other day and said it was impossible to make money from gambling, to which I said “well how comes I and quite a few people I know have been making money from it for years now?”. The conversation got me thinking though, and I firmly believe that one of the main reasons why most people fail at gambling is because they never fully expect to be successful at it which means they will never give it the full amount of time and effort required to make it work.

This is why so many people will simply move from system to system and in the end just give up and claim “it’s all a scam” or that you “can never beat the bookies”. As I explained in the free e-booklet “Betfair Methodology”, it’s important to test all systems to their full potential and then make your decision. However, even if the system doesn’t work after the testing period you will still be very close to a winning system as you can simply adapt it slightly or even oppose it depending how bad the system is.

I am sure there might be many reading this that are guilty of doing it, think how many different systems you have tried whether you bought it or devised it yourself and then ask yourself how long you tested it for? Chances are most ideas won’t even make it past a weeks worth of testing for most people!

I do find it quite funny that some people will buy a system and just use it for the one weekend before making their judgement on if it works or not. If that system has a winning weekend or a losing weekend it’s still way too early to start deciding if you have a system that will turn a long term profit. Patience is a virtue and extremely key in this game.

So probably the reason why most sports gamblers do fail is they simply don’t test out systems for long enough. They may well discard winning systems just because they go on a bad run and raise the stakes on the losing systems which go on a good run!

If you have got your hands on some interesting Betfair systems then make sure you read through Betfair Methodology before you start using it!