It is true to say that almost nothing is guaranteed when betting and trading the sports markets on Betfair. However, I would disagree and say that there is one thing that is guaranteed to happen to everyone and that is a BAD RUN! 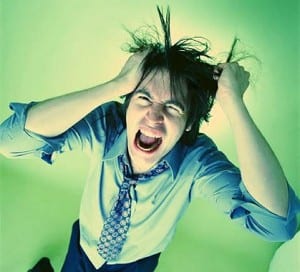 If you have any gambler tell you that they never have a bad run then they are either lying or backing 1.01 shots every event. The fact is that bad runs can and do happen and it’s the way you handle them that will separate you from doing this as a hobby or as a living.

The main thing is to not let it get to you. This is something that is obviously easier said then done but letting a bad run get to you can kick start many other dangerous things such as tilting, over staking, changing your system or even just giving up. You can see many people every day on forums that simply try a system one weekend and if it isn’t a winner they just give up on it.

If you are going through a bad run and you find yourself doubting your system or the edge you thought you had then perhaps you have to ask yourself if you even had any edge in the first place. It’s not unknown for an unprofitable system to stay in profit for a long time before the inevitable losing run happens and the numbers even themselves out. You have to have faith that if you have an edge then you will turn the profit in the long run and these short term fluctuations mean nothing.

A casino owner doesn’t and wouldn’t worry if they had a month which saw them lose money. This is because they know all their games are weighted nicely in their favour and in the end they will make the profit. It really is the long term that counts however there are some professional gamblers that will tell you about having bad runs last as long as a year in some cases!

This month of February is looking like being a losing month for myself, or if I can have a good weekend this weekend then I could perhaps break even. Previously, I would have been freaking out at going on such a run however I have reassessed most of my decisions and they have all been the right one for the most part. I also haven’t actually done much trading anyway due to the amount of cup games happening this month so I truly believe it’s a short term fluctuation as over this whole season so far I am comfortably in profit from my methods.

If you are going on a bad run then it’s important to just keep going. It should end eventually. Don’t consider lowering stakes or tweaking a system unless you truly believe that perhaps your own personal system wasn’t actually long term profitable in the first place.

Fingers crossed for a profitable weekend!

You enter a trade and the price moves against you. Do you take the loss or do you be more aggressive and turn this potential loss into a win? BONUS: Discover the Cash Out SECRETS that Betfair do NOT want you to know! 100% FREE eBook for you! CLICK HERE! The similarities between Sports trading…

BONUS: Discover the Cash Out SECRETS that Betfair do NOT want you to know! 100% FREE eBook for you! CLICK HERE! I often get emails asking how to predict where the prices will be after a goal is scored in a football match on Betfair. ———————————————————————– ALERT: Get 50% Saving on the Football Trading SUPER…