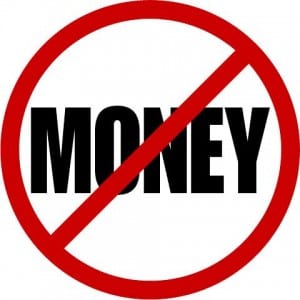 I have noticed more then a few threads and discussions popping up online regarding the liquidity on some in-play matches on Betfair recently. The question being asked by most is, Where has all the money gone?

Some football traders have been getting involved with certain matches and then had big issues trying to close their positions as there was simply no one there to take their money!

The usual scaremongering is going on, with people saying that the exchanges are dying and the value is all but gone amongst other things. With the recent hike in the premium charge, there is also speculation that the big hitters have left Betfair for pastures new, which might be true of some but there are still many carrying on as normal, albeit through gritted teeth.

The real reason you might experience issues with Liquidity on Betfair largely depends on the type of football matches that you are trading. This season Betfair has now introduced more in-play matches to their coupon then ever before which will obviously affect how much money is being spread out and some matches just wont have enough money in their markets to make them tradeable.

So, the money hasn’t vanished, its just being spread around more markets then it ever used to be.

During the 2009-2010 season there used to be the odd Premier League match that never even went in-play on Betfair and you would hardly ever see a Championship match on the in-play coupon unless it was being televised. Today, you will see EVERY Premier League match on the in-play coupon and the majority of Championship matches too. This is along with quite a few selected League One matches too.

If this is a good move or not remains to be seen as the liquidity on some of the matches from the lower leagues has been awful and not worth trading at all. I would prefer that Betfair stuck with quality and not quantity when it comes to the in-play matches and on a busy Saturday they should just stick with Premier League and featured Championship matches. This would make liquidity much better and they would probably still make the same money from commissions, but that is just a guess. Currently, there are some matches that appear on the Betfair in-play coupon that may as well not even be there!

So what can WE do?

As things stand, Betfair will be offering all sorts of matches on their in-play coupon and the majority wont be attracting money so the best thing to do is to not trade them!

You are simply expecting too much if you think a league 1 match involving Exeter or Huddersfield is going to attract enough money to make it worth trading when you have a full round of Championship matches and the usual Premier League matches kicking off at 3pm too. This is along with all the other hundreds of matches that are normally happening on a Saturday across Europe.

This Saturday the Betfair In-play coupon shows THIRTY matches scheduled to go in-play at 3pm. This includes, Man Utd V Sunderland and Blackburn V Chelsea which you can expect will attract much more money then matches with a lower amount of general interest such as Oldham V Bury or Leyton Orient V Hartlepool (Sorry Jeff).

Personally, I only stick to trading matches in the top level competitions and I NEVER have an issue with liquidity or waiting for a bet to get matched. So when you are looking at the coupon for matches to trade this weekend then avoid the matches from the lower leagues as they are Red Herrings. The odds might look attractive but once that match goes in-play you are going to be in a sticky situation!

P.S Good luck with your trading this weekend. Remember, to come back and check out our resident The Mug who joins us on Saturday mornings with his awful tips. So if you want some bets to lay or bets to avoid there is no one better! 😉

It is generally accepted that the football markets are VERY efficient and hard to beat if we are talking about betting at the starting price (in play is a whole different ball game). BONUS: Discover the Cash Out SECRETS that Betfair do NOT want you to know! 100% FREE eBook for you! CLICK HERE! And…

If you are quite new to Sports Trading Life you will have probably missed a really fun series of posts from last Summer that were part of a series called “Before Betfair”. I have now listed all the articles on this same page so they can all easily be found and they are definitely worth…

BONUS: Discover the Cash Out SECRETS that Betfair do NOT want you to know! 100% FREE eBook for you! CLICK HERE! The Premier League returns and so does The Mug. The Mug has made a healthy loss so far this season and if he carries on we can all start laying his selections every week…