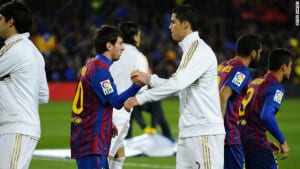 How to predict the draw result in a football match? Can you possibly predict a soccer match to end in a draw? Read on to find out…

It is often said that the only way to find value in the Match Odds market of a football match is by backing The Draw. The theory being that hardly any “casual” punters like to back the draw and so bookmakers can afford to offer value on The Draw knowing it is not likely to be backed much. When put like that it certainly makes sense and by thinking the opposite of the casual punter you are usually going to be going along the right path.

If you are straight betting then the average odds of a match being a draw are around 3.40 which can provide good returns and does not mean you need a good strike-rate to profit long term. As a trader, spotting which matches are showing signs that they might end in a draw makes that match perfect for my “core method” strategy and so every week I will research matches and look for some of the below signs in order to predict a draw might be on the horizon.

Either way, it is something worth looking into if you have not already and here are a few things I look for myself.

This might sound like an obvious thing to look for but you will be surprised at just how many matches between two teams that are on a similar level will end up being close matches and then end in a draw. You will often see two teams at the top of the table who are both in form go head to head only for it to end in a drab 0-0 or 1-1 which leaves no one satisfied. Apart from those who backed the draw of course!

You can use your own judgement based on the league table or just look at how the markets are pricing them up pre-match. For example, if both the home and away team are priced below 3.0 then it means the markets are having a hard time deciding who is favourite and this usually means both teams are of a similar level of quality and the draw should possibly be the favourite in this case.

The likelihood of the draw rises when the goal frequency goes down and sometimes you get two teams playing each other that lack firepower which, for me, is a BIG sign that a draw could be the final result. You might hear pundits say this looks like a match that will “only need 1 goal to decide it”. They are saying this on the assumption the match will be decided at all. Matches like these can often end up being 0-0 or go to 1-1 and become a stalemate from there. Something to look for is a low price on Under 2.5 Goals such as 1.60 or lower.

3 – When The Draw Suits Both Teams 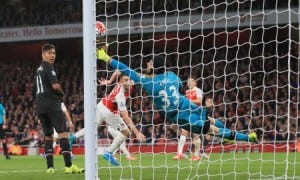 At certain points in the season you can find scenarios where a draw result might actually be a good one for both the teams and, low and behold, these matches often end in a draw too. These matches are not “fixed” in anyway however the mentality of both teams is definitely different from the norm. In these situations both teams will go out looking for the win for the first 60 minutes or so. However, if the match is drawn after the 60 minute mark then they can often “settle” and just play out the rest of the match without taking too many chances. There are countless scenarios where this can happen and you just have to be alive to the motivation of each team before the match begins.

4 – Neither Team Can Afford To Lose

This is similar to the above scenario but the matches can be even more cagey with neither team really going for it. In these situations the match can easily end up being 0-0 but if a team does score a goal to take the lead you will find that team then immediately sits back and defends that lead. This can then create low risk opportunities to lay the leading team knowing they do not have much ambition to double their lead but the opposition should get some opportunities to equalise.

A false sign that a match will end up in a draw that many gamblers look at is recent form when it comes to draws. Some gamblers decide that if a team has been drawing many matches recently then they will probably draw the next one. Or some will go the opposite and decide that if a team has not drawn in a while then they are “due a draw” and they feel that makes the draw more likely. I can not say I agree with that way of thinking and really you should just take each match based on its own individual merits.

Just remember, as a trader I often do not need the match to end in a draw to profit so while I might not actually predict the draw that often, if I end up getting a close match then I am standing to profit either way!

We now have a FULL video covering this subject with some additional tips.

We now have the awesome DRAW PREDICTOR checklist to give away for free. If there is a match you suspect might end in a draw then apply this checklist to it. Follow this when trying to predict a draw and you might just have a good bet on your hands.Especially if you get 4/5 or 5/5.

On the flipside it can help you avoid matches which probably wont be a draw.

Should you join a sports trading service that offers you tips via subscription? BONUS: Discover the Cash Out SECRETS that Betfair do NOT want you to know! 100% FREE eBook for you! CLICK HERE! This could be a subscription of a weekly, monthly or annual cost and I am sure we have all seen them…