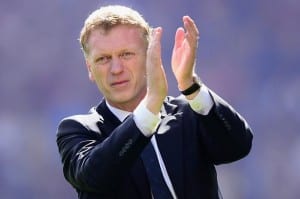 May 8th 2013 was quite an amazing day in the world of football.

The announcement of the retirement of Sir Alex Ferguson shocked most of the world and this meant we finally saw some significant action on one of the longest running markets on Betfair.

The Next Man Utd manager has been available on Betfair for as long as I remember and, according to the Betfair Twitter, was actually first formed way back in December 2001. This was around the same time that Alex Ferguson announced he was retiring for the first time only to change his mind some months later.

This market has been active for over 11 years and I am pretty sure that makes it the longest ever running market on the betting exchange. It might be the longest running but the interest has not been that high with over £3 million expected to be matched when the market closes. Something most tennis matches beat within a couple of hours but this was only ever going to get liquidity once the day finally came.

It is now pretty certain that the new Man Utd manager will be David Moyes and he has been backed as high as 100 in the markets. When the rumours first broke on Tuesday night, Moyes was into 2.50. By 10am Wednesday morning he was into 1.40 and it has been a steam ever since with no news breaking to indicate anyone else might have a chance.

The closest competition he had for the job according to this market was Jose Mourinho who traded as low as 2, and also, surprisingly Martin O’Neil who also traded as low as 2. However, I am pretty sure those bets on O’Neil were matched during 2002 when he was the flavour of the month on the managerial circuit. It is hard to imagine that when this market was first formed, both Mourinho and Moyes were relative unknowns at the time.

The first ever bet matched on this market was actually for David O’Leary. How times have changed!

During the 10+ years the market has been open there has plenty of names matched at low prices. Here are some of the names and the lowest price they were matched at.

Not a bad market to lay the field on there if you thought ahead but if you are thinking of laying David Moyes at the current 1.04 then you are probably wasting your time now.

An interesting email dropped into my inbox at the end of last week and for a moment I thought I was dreaming. For years, the world of “courtsiding” at tennis matches has been something so secretive and closed off that even people like myself were not privvy to the information. We all knew courtsiding happened…

One of my favourite times of the year is finally upon us and it has nothing to do with Santa Clause…. BONUS: Discover the Cash Out SECRETS that Betfair do NOT want you to know! 100% FREE eBook for you! CLICK HERE! The 2013 PDC Darts World Championships gets underway this weekend and this is…