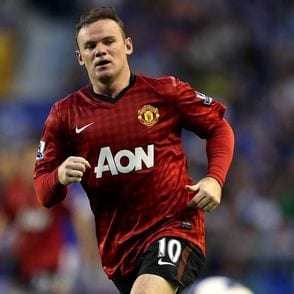 Knowing the key players in the top teams can definitely help you to profit from market movements once teams are announced.

You do not have to be an anorak to know that Man Utd are always going to be stronger and more fancied with Wayne Rooney in their side then without.

So last week when the Man Utd team Vs Newcastle was announced and Rooney was, surprisingly, announced as starting after his long injury lay off then there was obviously only one direction the markets were going to go.

Before the teams were announced, Man Utd were priced @ 1.63 but after the inclusion of Rooney they were slowly backed in over the following hour and started @ 1.45. This is low risk, high reward trading since the price is never going to go the other way in these instances and if you are “on the ball” you can catch opportunities like this very often.

You are probably many people reading this and wondering how you can find out the teams as soon as they are announced. Well most clubs usually announce the teams on the club website however these days this task is being made even easier by…

The teams are usually announced 1 hour before kick off so if you type the teams name in the Twitter search engine then you can just keep refreshing till you see a source announce the team. In this case, you would just type “Man Utd” into the twitter search engine and see what comes up. If the team has not been announced just give it another 5 minutes and keep trying till someone tweets the team.

When trading this one myself, I was slow to react and I missed the initial steam. By the time I looked at the markets, Man Utd had already steamed from 1.61 into 1.54. However, it was still only 7pm so that allows for another 45 minutes for other punters to catch onto the news and put their money.

As mentioned, when you have such positive team news as this there really is only one way the markets will go and you should not be afraid that the price has already moved too much already or that it will suddenly move the other way since the majority of the time it wont!

Below you can clearly see where the market was at the time of the teams being announced and how it moved pretty slowly down to 1.45 at kick off.

If you are a member of Total Football Trading you can now login to the members area and see that there is a section which points out the key players that impact the markets for all Premier League teams.

This is a very, very useful tool and could help you secure plenty of low risk profits throughout the season!

Well, here it is. BONUS: Discover the Cash Out SECRETS that Betfair do NOT want you to know! 100% FREE eBook for you! CLICK HERE! A much anticipated DYNAMIC FOOTBALL TRADING REVIEW. Probably, one of the most eagerly anticipated strategy package releases in years. This is a web based ecourse which is spread over 6…

Discover how Joe Symons went from working as a customer assistant at Ladbrokes to going full-time with football trading for a living on Betfair. All within the space of a year!

The Metaltone football trading strategy is a strategy that has been freely available on Betfair forums for some years now. I believe it got it’s name from the forum member who originally shared it. This more of an “add on” strategy then something that is used solely.