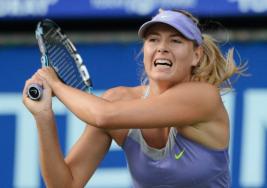 There has been some great matches on the WTA side of the tour in the past week. Matches great for trading that is…

This time of the year is actually my favourite time when it comes to trading the women’s tennis. It could be my imagination playing tricks on me but it always seems that the women’s matches are far more competitive then normal once the Autumn arrives.

If you know the right places to enter the markets when trading tennis then there has been some great opportunities in the past week.

Particularly if you are a fan of laying players when they hit lower then 1.10 with a fair part of the match still to play. There has actually been a few matches this week that has seen a player trade as low as 1.01 with still a fair bit of the match left to play. They do usually go on to win but this is not often without a bit of market volatility along the way which is what the tennis traders are looking for.

This match between Radwanska and Jankovic was quite notable for the fact that Radwanska traded @ 1.01 early in the 2nd set despite only being a break up. As mentioned in the article that is linked to above, when the winner of the 1st set also goes a break point ahead in the 2nd set then the markets seem to be prone to thinking that its “over” and they can trade lower then they should. In this match Radwanska had a 3-0 lead in the 2nd set but it was still only one break. She hit 1.01 but as you can see, Jankovic managed to score a break point of her own and put up a fight during the rest of the set and Radwanska hit as high as 1.45 after that before clinching the victory.

Here is another similar example from a match between Sharapova and Safarova.

Sharapova took the first set and went 3-0 ahead in the 2nd set which saw the markets force her price down to 1.01 and a cool £150k was turned over at this price too.

However, as already mentioned, this was still just the single break point and she still has to hold her serve at least another 2-3 times. This is 2-3 opportunities for Safarova to get back into the match and you surely have to be crazy to want to back 1.01 at this point but I am not complaining.

Especially considering that Safarova had already broken Sharapova’s serve earlier in the match. If she did it before she is more then capable of doing it again!

As you can see, after touching 1.01 Sharapova went as high as 1.30 before getting control of the match and sealing the victory. Much to the relief of the 1.01 backers I expect.

There is no doubt that laying players at 1.01 in a tennis match can be a profitable strategy but only if you pick your right spots. If a player hits a price that low with a significant portion of the match still remaining then you can not go far wrong since you have a huge amount of risk-reward in your favour.

For example, if you wanted to lay @ 1.01 you only have to back @ 1.02 in order to double your money. If you can pick the right moments and win that trade more then 50% of the time you will make long term profits.

If you wanted to be a bit more adventurous and lay @ 1.01 in order to green up if the price goes back up to 1.10 you are winning close to 10x your stake money and you don’t need to win many of those to make a profit in the long run.

Just make sure you do not attempt to lay @ 1.01 blindly as you will probably go broke in the long term that way. Be sure to look at factors such as the amount of potential games left to play in the set, how the players have been performing up until that point and body language.

If you are interested in learning how to trade tennis then check this course out.

I have written this article with 5 HUGE Dont’s of Tennis Trading as these are things you should stamp out of your trading game right away.