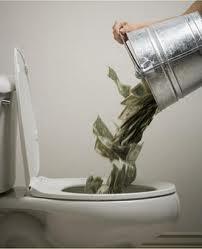 Today, I am going to share a few tips that some people might not be aware of. Most should know about this but if you don’t then it’s better to learn from this site, rather then learn the hard way!

If you are trading a tennis match and you have locked in a nice green figure on both players then surely this means you are now going to win that amount no matter who wins?

That’s the main reason we do sports trading after all isn’t it?

Well, in some cases you might be surprised to find that your money isn’t guaranteed. At least not until the first set has been completed, since Betfair’s rules state that one set has to be completed for results to stand. So you could be trading a tennis match and have a nice amount of money matched on both players only for one of them to get injured and retire instantly. Once that happens your winnings are gone!

It can happen the other way too, as if you have lost money on the market and a player retires then you will get your money back so it’s not all bad. However, Sods law will dictate that this rare event only occurs when you have a big win coming.

A friend of mine was trading the Sharapova match and had hedged around £250 on both players yesterday morning (all in a days work for him) however Sharapova then turned over her ankle on her serve and had to retire instantly. The markets suspended and his profit was gone. To say he was seething would be an understatement however it’s not the first time it’s happened to him and it probably wont be the last.

So there is nothing you can do about tennis retirements but the good news is that sudden retirements in the first set are quite rare.

Tennis isn’t the only sport that this can happen in either…..

It can also happen in 20-20 cricket too. If a match ends up being a tie then the match odds market is voided and any profits (or losses) are immediately voided too. Drawn matches in 20-20 cricket are meant to be quite rare but for a rare event you will be surprised at how often they do happen. I have known a few traders that have locked in 4 figure sums on T20 matches only for the match to end in a tie and that profit to be gone.

Thankfully, there is a way around this. If you are confident in your trading ability then you can Back the “Tied Match – Yes” market for a decent amount before the match when you can normally get good odds on it. Obviously, if you try and do this later in the match when a draw is more likely then the odds wont be good enough.

Even football isn’t safe! If a match is abandoned in-play and then not replayed within 24 hours (I think) then Betfair voids the markets and all profits/losses will be returned! It’s never happened to me or anyone I know but I am sure it will happen one day.

Remember, to come back here on Saturday morning to see The Mug’s selections for the Premier League as he attempts to prove us wrong and turn a profit purely from Mug Betting! Interesting!

One of the most frequently asked questions I get is, “How long will it take to start making money from Betfair trading?”. BONUS: Discover the Cash Out SECRETS that Betfair do NOT want you to know! 100% FREE eBook for you! CLICK HERE! It is the type of question where the answer “How long is…

The Copa America results seem to be back on track now with all the favourites winning last night and Colombia also obliging on Sunday. BONUS: Discover the Cash Out SECRETS that Betfair do NOT want you to know! 100% FREE eBook for you! CLICK HERE!   ———————————————————————– ALERT: Get 50% Saving on the Football Trading…