Did we make it? Are we back?

With Bundesliga returning this weekend and a whole host of leagues around Europe restarting before the end of the month it certainly feels like we are finally getting back to “normal” and football trading in high volume can begin once again.

But you can take nothing for granted these days as I am sure you know.

Either way, I have been getting tons of questions in emails from many of you.

Are you still alive? (Spoiler: For now, yes!)

Have you been trading football during the lockdown? (Spoiler: Yes!)

Will there be much different with football trading when it restarts? (Spoiler: Yes, lots!)

And so I plan to tackle these questions in a special two-part post with part 2 coming on Saturday morning of May 16.

So, firstly I want to thank those who took the time to reach out to me during this terrible period to see if I was OK.

Thankfully, me and my family have been safe and well during this. I did get a small cough and cold right at the start of the lockdown which gave me all sorts of panic but it was nothing in the end and during normal times I probably wouldn’t have given it a second thought.

From the sounds of it, I am not the only one who went through similar.

Anyway, lots were asking about trading football during the lockdown.

Even my mates were asking how I was coping considering there was “NO” football to trade anymore.

To the surprise of many (myself included) I was still trading a fair amount of football during this period.

I counted that there were about 2-3 days out of the 45+ lockdown days when there was ZERO football available to trade on the exchanges.

As the pandemic slowly gripped the world we ended up with mainly leagues in Nicaragua, Belarus and a bunch of friendly matches to trade with several available most days.

It was the only actual sport being played most days (alongside esports) and so whilst the volume wasn’t as high as normal it kinda felt like how July usually feels with just a handful of matches to trade per week.

So you could say that Football Trading is actually pandemic-proof! ?

With the main leagues returning you think it might be time to say goodbye to the Belarus Premier League trading-wise but by the end of this post you might understand why I am sticking with it for a bit.

I don’t think I had ever traded a match in Belarus before and from a spectacle point of view they were not the greatest matches to watch.

But that is not relevant to me. If I want entertainment then that is what Netflix is for.

From a football trading point of view I found them fine.

The 3 main things that I need to trade a football match were all present in the Belarus Premier League and since I am not watching it for entertainment there was no reason not to be trading it.

And I found the challenge to trade it quite an interesting one.

Many might laugh at trading leagues like that but the irony is that it is MUCH easier to find an edge in a more obscure league like that than finding one in a Premier League match that the whole world is following.

If you were trading these leagues you might have noticed the prices drastically moving in-play. Some would scream the matches are fixed but in reality it was just because the markets had no clue about the teams and where the prices should be.

This is the type of thing that creates opportunity.

And the key is in ADAPTING.

If you trade every league or competition in the same way then you will come unstuck.

The Plan Of Action

My first step was to LOWER my stakes.

There were a few reasons for this and I always advise people to protect yourself mentally as much as you can in this game.

With a world ending pandemic upon us and no real idea when normality might return the last thing I would want to do is start losing 3-4 figure amounts on the Belarussian Premier League.

I knew that with all that was going on and a family to feed plus being on house arrest it was a recipe for disaster.

I really have no idea how I might have reacted to that sort of scenario developing and I feel like I can keep a cooler head than most.

And keep in mind, maybe we can all see the light at the end of the tunnel now but back in March we were being told millions would die and sport would not return till 2021 so it was pretty grim.

So grim that I arranged for us to begin tapping into my emergency fund of a years worth of expenses.

The common advice is to keep 3 months worth of expenses at hand but I have always stuck to a year simply for the peace of mind. And I suggest other traders should do the same.

Down the years people laughed and told me I should “invest” it and not leave it sitting in a bank doing nothing but during a time like this it was very calming mentally to know that it was there if needed and I could get hold of it quick just by going to the cash point.

After all, it is not as if a football trader can apply to the government furlough scheme and fits with my advice that if you have a regular job then try keep it as much as possible. Football trading is very easy to do on evenings and weekends so even if you are highly profitable there is no need to quit and go full time in a rush.

As it stands, the emergency fund has still not been touched but the peace of mind it gives you is absolutely priceless.

The second step was to ADAPT my strategies for the matches at hand.

I am no expert on the Belarus Premier League so researching pre-game wasn’t going to do much.

Would I know if Dinamo Brest’s star striker was injured or suspended? Or if FC Slutsk were playing a weakened team?

So all my focus was on the in-play action.

And keeping in mind that it is a pretty low scoring league (2.39 goals per game compared to 2.72 in the English Premier League) I was in the market looking for just the one goal and one goal only.

I realised quickly that expecting more goals than that in Belarus would only lead to disappointment.

And after initial mixed results, I soon did pretty well.

Football Trading is a simple game often over complicated by idiots.

Sometimes you just have to keep it simple and just back the team that looks the best as per the domination method.

My stakes were lower than normal during this period with a max risk of 100GBP on any single match and of course I would usually be trading out before that full 100GBP is risked.

Even so there were some pretty generous prices available on dominant teams to back which can make a pretty decent % return if you get the goal.

Of course that doesn’t always work out so well and when it does go against you in an obscure league such as in Belarus (Or Burundi!!) you might feel inclined to say it is “fixed”. ?

It is not fixed, that is just football.

It doesn’t matter whether the football is being played on Mars, it is still the same game.

Anyway, I plan to share more information about this way of trading the more in-efficient and obscure markets in the future as it is something I will be having to do more of in the coming weeks and months I expect.

Depending on how the liquidity continues to hold up in Belarus I might actually see the season out now that my general knowledge of the league is picking up a little bit also.

Whether I up my stakes again on that league is a different story.

But, anyway, as fun as it was backing and laying Slutsk in Belarus it is good to see the Bundesliga return.

You know, the type of matches I can trade and actually enjoy at the same time.

After all, that was why I got involved in football trading, because I love the sport and so whether it is behind closed doors or not, I would prefer that over nothing at all.

And so in tomorrow’s post I will be covering what I think we can expect from football trading in a post-coronavirus world and why it might be very, very different when it all restarts.

Look out for it on this blog tomorrow morning (same place you already are!)

I had many asking about the public opening of Ultimate Football Trading that was sadly postponed due to the virus.

And I know some of you have been waiting around 6 months now for the next opening but it is looking possible there might be time to open it for a public enrollment in June.

So keep an eye out for that and if you want to join the waiting list then click here for more details. 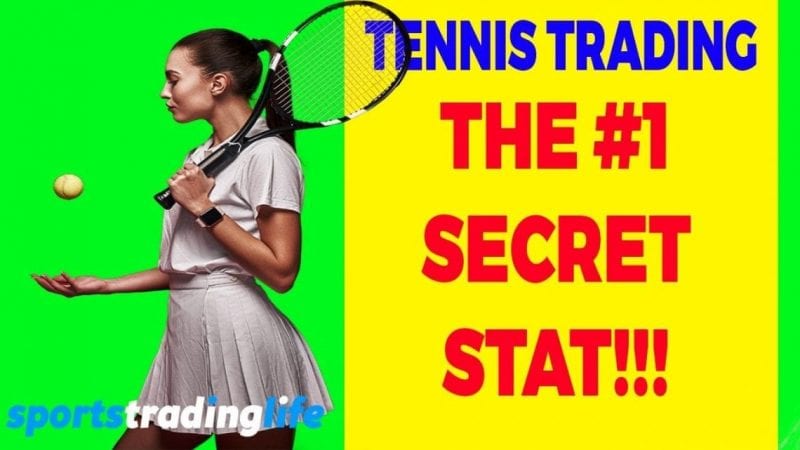