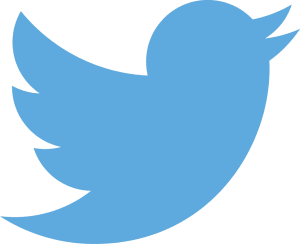 You will often find professionals advising that you stay away from distractions like Social Media when trading on Betfair. However, in recent years one particular social network has evolved into a MUST for any Betfair trader and that is Twitter.
I am now big advocate of having Twitter open when I am trading and below are some of the reasons why I do that and how it can also help you out as a Betfair trader.

Twitter can be very useful for pre-match traders trying to get an idea about who might be out (or in) ahead of a match. The day before and during the morning before kick off are good times to look out on Twitter as team news rumours begin to circulate. I am not suggesting you believe these rumours but often these rumours can actually have an effect on the markets and prices can move as a result.
Sometimes these rumours can be correct and can give you a good head start on the market reaction when the team news is confirmed. I remember looking on Twitter ahead of a Man Utd match and there were rumours that Van Persie would be missing. There was nothing in the official news sources to suggest this but then the teams were announced with him missing and Man Utd’s opponents that day steamed in 20 ticks by kick off.

Twitter is also now a great place to get the official team announcements. Previous to this you had to wait for the TV to announce the teams which would give the insiders a head start on the markets but these days you usually get the teams an hour before kick off announced by the offical club Twitter account. For example, @ManUtd and @Arsenal.

This is very handy as you can then react much quicker to the team news and adjust your pre-match position accordingly.

In my article about how to trade the next manager markets I did highlight how useful Twitter can be with this. It can help you spot the rumours so you know which prices will be steaming and you can adjust your trading accordingly. 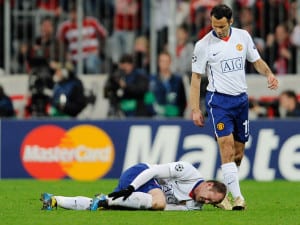 When I first started using Twitter back in 2010 I can recall a Champions League match between Man Utd and Bayern Munich. It was largely thought that Rooney was injured and out of this match. However, 90 minutes before kick off the United team arrived at the ground and a journalist tweeted that he has just seen Rooney arrive and wearing a tracksuit which implies he was playing. I took the chance that the journalist was telling the truth since no reason he would lie about this at this point and backed Man Utd. The teams were announced an hour before kick off and Rooney was starting and Man Utd immediately moved in 14 ticks as a result.

Things like this have happened plenty of times since but it is important to be sure that you trust the source of the news. A respected journalist is someone you can believe rather then Joe Bloggs who heard something from his mate down the pub and decided to post it on Twitter.

Journalists these days often like to tweet “soundbytes” from Manager press conferences ahead of the match. This can be handy as it will usually let you know right away if a player is injured or unlikely to make it. Previously you would have to watch the press conference live or wait for a news report to get this news. These days you can get this news much quicker and you will be surprised at how slow the markets are in reacting to this news!

Some good journalists to follow are below, you never know when they might release some good and helpful info:

punters and tipsters. This is not really because I want to follow their advice and I will strongly advise against doing that. But actually just to gauge the opinion of others on particular events and also to keep me informed about some of the other multiple events that might be happening at once. On a Saturday there can be lots of matches being played at once and it can be very handy when a trusted source tweets that “United are struggling”, “Bayern look like they might concede”, “end to end stuff at Lofus Road”. I can then look at the particular event myself and decide to get involved.
Another good thing about this is just the fact that sports trading can often be a lonely business and seeing there are others active and doing what you are doing at the same time can make things much easier psychologically.

One of the most popular phrases that people are searching for when they find this site is “Betfair trading strategies”. This got me thinking, as it seems that many people are actually a little bit confused as to what a “strategy” actually is or should do. BONUS: Discover the Cash Out SECRETS that Betfair do…

There is always a long argument between those traders who use technical analysis (charts, trends etc) to identify their trades and those who use fundamental analysis (team news, team form) to identify potential pre-match trades. BONUS: Discover the Cash Out SECRETS that Betfair do NOT want you to know! 100% FREE eBook for you! CLICK…