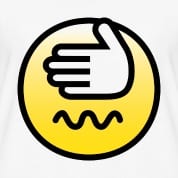 It is definitely true that sports trading can be quite a lonely existence in that is very unlikely you will have any friends or acquaintances that are also as interested in it as you might be. Therefore, finding information about the scene is usually done online on forums, twitter or blogs like the one you are reading.

So I have compiled 5 things that every Betfair trader worth his salt will have gone through at some point in his/hers Betfair career. You might be pleased to learn you are not alone with this,

We have all been there at some point I am sure.

My very first Betfair bank was blown in a fit of rage and I was down to my final £10 on my second and final bank before I had a eureka moment and began to trade better. I think blowing a Betfair bank is actually a good learning curve to go through. It shows you that trading on Betfair is not actually as easy as you first thought and you can be sure as hell that you will be much more careful with the second bank. It is when you start blowing multiple banks that I would be concerned. I am sure 99% of profitable Betfair traders have blown a bank at some point, it is just a part of the process. Like falling off a bike before learning to ride it!

2 – That One BIG Costly Mistake

Similarly, when you are new to Betfair you are due a few mistakes but there is always ONE particular mistake that hurts more then others and that might even blow your bank at the same time. Typical ones can be letting your pre-match trades go in-play, forgetting about markets you are involved in, backing when you meant to lay and vice versa. I remember one time leaving a £100 stake in the market on some Serie A match on the favourite. £100 was about half of my bank at the time and I only wanted to scalp a few ticks. It was a busy day with all sorts of other things going on and I moved to another match leaving my stake in the market. It was only in the 90th minute that I remembered my open trade and I went over to see the favourite was winning and I was about to get about £60. I went to go and lock in the green screen regardless but, as sods law would have it, the underdog equalised as I was doing it and my whole £100 was gone. Most other times that favourite would have won easily or I would have chance to lock in my profit before the equalising goal but this was clearly not my day.

It can also happen in reverse and we tend to remember the mistakes more then the accidental wins but maybe these things do average out over time. I have had a couple of times where I have put in a lay of tennis player at low odds (sub 1.10) when trading a match and then forgotten about that stake being in the market. Sometimes I might have just switched the match off if I was in a losing position but when I returned I found that the player went down to below 1.10 and then went much higher which then puts me in a position of profit. I will take them whatever way they come!

I also know of a trader who was trying out some small trades on a golf tournament by backing players higher then 100 and scalping as the prices moved around. I am still not sure he actually knew what he was doing but he had the last laugh when he forgot to lay off a player he had backed @ 500 with £10. By the time he noticed it was the tournament final day and that player was into 2.50 and he greened up for a lovely sum. Good thing he did as that player never won either. I believe he made about £1500 on that one but I would not try that one at home folks, he got seriously lucky there.

If you have not yet had your “accidental big win” then it might just be around the corner.

There is usually a point early on in your Betfair trading career when you will have a false dawn. This is usually a point where you think of a strategy idea in your head and then think about it some more to the point where you wonder why you did not think of it earlier. You then start to consider how the strategy would work and in your mind it sounds like a great idea and you also wonder how no one else has come up with it.

Then you decide to test it out. You might even hit a few winners early on which boosts your confidence however, at some point, you will realise you overlooked something huge about the strategy and your great idea goes right out of the window. Had that happen lots of times when I first started out, thankfully I am a lot more level headed these days.

I am sure almost every profitable trader thought about giving up or actually did give up at some point. It is a natural reaction when things are not going your way.

I came very close to giving up myself when my 2nd bank was running low. Looking back I did not have a clue what I was doing anyway and there were not many good quality blogs or strategy guides available in those days. I told myself if I blew the 2nd bank I would not return and I probably never would have.

I hope you enjoyed this list and if you feel you can relate in anyway, feel free to leave a comment below.

BONUS: Discover the Cash Out SECRETS that Betfair do NOT want you to know! 100% FREE eBook for you! CLICK HERE! Have a look at that image above as it is not something you see everyday on the Betfair markets. ———————————————————————– ALERT: Get 50% Saving on the Football Trading SUPER Bundle! This is the BIGGEST…