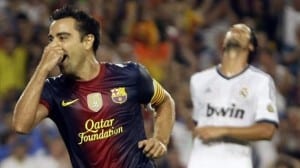 Placing bets or executing trades when the football match is underway is no longer the future, it is the NOW!

It wouldn’t surprise me if the next generation of punters look at us and laugh at the fact that many of us used to place our bets BEFORE the match was actually underway and they might actually have a point. Seeing the event unfold before your eyes and the fast moving nature of the sport can actually, arguably, make it easier to find an edge or opportunities compared to basing your opinion on the pre-match statistics when the markets will usually have the edge anyway.

Here are 5 ways you can seriously improve your In-play football betting:

Do Your Research Pre-match

No, this is not a contradiction on the earlier paragraph! It is ideal that you have all your research done BEFORE the match rather then trying to research during the match. Even though you are reacting to how the events are unfolding on the pitch you should still have your pre-match research done and at hand to help you out. You might see a team like Arsenal take the lead in a match which drives their odds really low, however your research might tell you that they are very prone to conceding an equaliser. In these situations it might be best to lay that team in spite of what you have seen so far in the match.

You will be using the pre-match research as a guideline to what might happen, but do not let it cloud your judgement. If you can clearly see a strong favourite is below par then go with what you are seeing rather then what the pre-match statistics suggest.

I do not know any in-play punter that has not, at some point, accidentally put in the wrong bet. The matches are fast moving and you have to make many quick decisions and while you are doing this the odds can often be moving against you. This can all conspire to create panic for even the most cool headed people.

It is very easy to just quickly enter and confirm the wrong bets but in some scenarios it can be very costly. I know of someone who usually keys in bets with a stake of £111 when trading football in-play. However, one day he accidentally keyed in £1111 and did not even realise until the match was over and he noticed a strange 4 figure loss on his account. It could easily have gone the other way but sods law will always dictate it doesn’t! Take that extra second to confirm the bets you are placing it might save you more in the long run!

Be Sure You Are Making Correct Decisions

It is important to understand that a Correct decision is not always a winning decision. There will be times when you are watching a football match in-play and you place a bet based on what you are seeing but it does not win. The weak minded punter will chastise himself after the match and claim it was a bad decision when the fact of the matter is that you can not win every bet.

For example, it is late in the match and Barcelona are losing 1-0. There are 10 minutes left on the clock and Barcelona are all over the opposition and they are having plenty of shots on goal. You feel that they will equalise and the team winning 1-0 is too low in price so you Lay them and watch the rest of the match. In this time Messi misses a penalty, Iniesta misses an open goal and even the goalkeeper comes up for a corner and has a header cleared off the line too. Barcelona end up losing 1-0 and you have lost your bet. Was it a bad decision to lay that team? With that sort of action happening I would say you would have won that bet about 9 times out of 10 and that match was just one of those things.

As long as you felt the odds on offer were good value then you made the right decision but it just did not pay off this time, so move on! 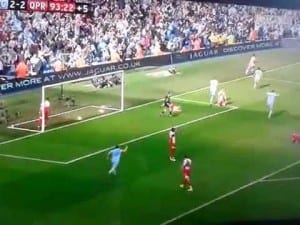 When anticipating your next move in an in-play football match you should keep your eye on the clock and try to work out how the managers will react to the situation. The manager is the one who will demand his team to be more attacking or to be more defending in order to kill the game off and it is usually down to the stronger team to dictate the pace.

For example, Man City are drawing 0-0 at home to Reading with 20 minutes left on the clock. If you understand football you will know that this result is not good enough for Roberto Mancini which means he is likely to make Man City much more attacking for the final 20 minutes and will probably make some substitutions with serious attacking intent. Once he makes those substitutions would be a great time to back Man City if you had not done so already since they will be going for broke to secure 3 points.

On the flip side, you have a team like Man Utd playing away in the champions league. They need 1 point to secure qualification and they are playing Lille. It is 0-0 with 20 minutes left. We know Manchester United are much better then Lille and should usually beat them but it is pretty obvious that Sir Alex Ferguson would probably prefer to take the point at this stage of the match as he is more interested in just qualifying. You can then expect he might demand his team slow the tempo of the match in order to close it out with no scares or late goals. In these situations you would be wanting to back the draw if it was a good price in your view.

When betting in-play you should be trying to think a few steps ahead of what is currently happening.

Wait For A Good Entry Point

It is important to remember that when you are betting in-play you actually have the ability to decide when you place your bet as some people forget that.

I have spoken to people who tell me they backed Team X but as soon as they did it the other team scored from a corner. You have to ask, why did you place the bet when they were defending a corner? You could have saved yourself the heartache by waiting till the corner was cleared before getting your bet on.

This can work the other way too. If you fancy backing a team to win then wait until they get a corner kick of edge of the box free kick before placing your bet as by this time in the match you might have gained better odds then if you entered earlier when nothing was happening. You do have to keep a close eye on the fluctuations if you are going to do this.

Losing days, we ALL have them! BONUS: Discover the Cash Out SECRETS that Betfair do NOT want you to know! 100% FREE eBook for you! CLICK HERE! There is not one sports trader on this planet who has not had a losing day. Naturally, some will have more losing days then others however it is…

I have had an amazing amount of feedback from those who read the recent post on “Tennis Trading Entry Points” and its all much appreciated. It was quite fitting that we also had a match at Wimbledon yesterday that had more then a few of the examples play out. BONUS: Discover the Cash Out SECRETS…