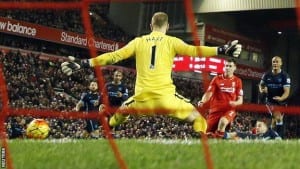 As with any type of betting, research is king. Identifying which games looks suitable for a BTTS bet is no different, put in the time to research your bets and you are likely to be more successful. Not only should the punter be researching, they should be conducting the right research. This means looking at and considering the factors that are likely to have an effect on whether or not a game will end with both teams hitting the net.

Teams who have good BTTS record (both teams)

The first and perhaps most important thing we should be looking for when trying to identify which games fit the criteria for a BTTS bet is the BTTS record of the two teams in question. You should be looking for match-ups where both teams have shown a clear tendency of being involved in games where both teams have scored. For example if the majority of either or indeed both teams recent games haven’t ended in a BTTS outcome, or either/both are showing a high number of clean sheets then BTTS is unlikely to be the best bet. Fixtures between two teams who’ve both regularly scored and conceded in a large percentage of their matches – say 7 out of their last 10 games for example – are the ones we are interested in.

Teams who have continually made a habit of conceding goals are always good to look out for, more so, fixtures between two teams who have both kept very few clean sheets (use a reasonable sample size of games to determine this). Teams who have a tendency to concede regular goals are far more likely to be involved in high-scoring matches in the future than teams who show a good clean sheet record and are therefore a lot more solid at the back.

Once you’ve identified a game where both sides have a promising BTTS record, along with a poor defensive record, you need to know what to do with this information. At this point it is important to note that you should choose a sensible sample size. For example, it’s not going to be conclusive enough to use the last two or three games as a sample size, even if these results do reflect positively for a potential BTTS bet. At the same time you don’t want to go back too far, because the form from a long time ago is unlikely to be that relevant now. A good sample size would be to look at say the last ten games for both sides. If the majority/large percentage of these games have ended with both teams scoring then we could be in business. 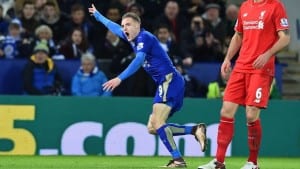 Once identifying this percentage – say 70% for one team & 60% for the other, so together out of 100% we’re looking at 65% – we must then compare this to the odds available on BTTS to find out whether or not good value exists. All we do here is take the percentage chance we’ve have calculated and measure it up against the percentage chance reflected in the odds that are being offered on the BTTS market. There are plenty of resources such as calculators and oddspercentage tables on the internet that can help to make this task an easy one.

having established the match you’re considering has a 65% chance of BTTS, you find that the odds available for BTTS are 4/6. 4/6 reflected as a percentage suggests that the bet has a 60% chance. If this was the case, based on the above workings, taking 4/6 about BTTS would represent good value and therefore would be an advisable bet. The bet represents good value because the odds offered are lower than the calculated chance of winning. If our workings show that the bet has a 65% chance of winning, the true odds should be 8/15, and therefore taking a price of 4/6 is a good bet because you are receiving higher odds than you realistically should.
It is also worth noting at this point that BTTS is a market where the odds are going to be short; however, this doesn’t stop us from finding value, and it is certainly there to be had. BTTS is commonly a market that is used to compile multiple bets, and the best thing to do is to find two, three or four matches where you’re able to exploit the good value and place a bet as a multiple.

To sum up, when looking for good BTTS bets we should be looking at two main things; teams who’ve shown a favourable record for being involved in games where both teams hit the back of the net and teams who’ve shown a certain amount of defensive unreliability. It’s also best good to avoid games where there is a huge disparity in quality, for example if giant like, Barcelona are playing at home against a team from a lower division.
All in all, look for those games where a stand out BTTS record exists, combine this with calculating the percentage chance in comparison to the percentage chance of the odds offered and bet when, and only when, value exists. The punters that consistently do this will dramatically increase their chances of success.

What happens when a Ukrainian team plays an Italian team and a draw suits both parties? BONUS: Discover the Cash Out SECRETS that Betfair do NOT want you to know! 100% FREE eBook for you! CLICK HERE! You get the price on The Draw starting odds-on is what happens! ———————————————————————– ALERT: Get 50% Saving on…

There are plenty of traders out there who simply do not take Betfair trading as seriously as they should do. They end up losing money and blame everyone but themselves. They are also the same people who you will see on forums moaning about how this system does not work and this strategy is useless…

Low risk high reward football trading strategies are the dream for many football trader on Betfair. BONUS: Discover the Cash Out SECRETS that Betfair do NOT want you to know! 100% FREE eBook for you! CLICK HERE! But it is important to keep in mind that a fair bit of hard work goes in to…