If you are reading this article looking for some betting or trading advice on this years X Factor then you are really in the wrong place! I really don’t have a scooby and it seems that the markets don’t either! The X Factor 2011 heads into its semi-final stage of this weekend and its been quite a trading rollercoaster this year and a far cry from the smooth predictable ride we normally get every year.

Normally, The X Factor favourites are pretty well established by the start of the competition and you might see the price fluctuate weekly but there are no real shocks and swings when it comes to the actual favourites. Off the top of my head, Last years winner Matt Cardle was the favourite from the first week and never traded higher then his Starting Price for any considerable length of time. I think he began the competition at odds of 4 and by this same stage last year was trading at the 2.5 mark which is where this years favourites Marcus Collins & Little Mix are currently close to trading at so you can draw your own conclusions from that!

This year’s show has been all over the place with acts being thrown off, judges calling in sick and ratings being down. You can also say the same about the trading markets too! 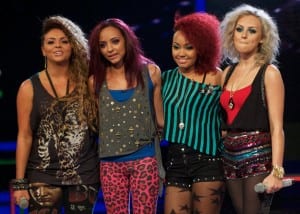 No one has been able to make up their minds on this one and we have had 6 different favourites so far. Current favourite Marcus Collins, Rhythmix (Little Mix), Amelia Lilly, Misha B, Janet Devlin and The Risk have all traded as favourites at some point. As previously mentioned, Amelia Lilly has traded as high as 1000 in the markets after she was initially eliminated only to be brought back when the producers got desperate.

You also can’t forget that The Risk were eliminated by the public vote at the same time that they were actually currently the market favourites @ 3.5 to WIN the show. Just shows you how wrong the markets really can be sometimes!

The latest evictee, Janet Devlin, was the long running favourite for most of this series and traded as low as 3.05. From what I saw of her, she wasn’t anything special and it was no surprise to me to hear she was eliminated last night.

With Misha B being in the bottom two three times now you have to assume she will be the one to leave at the semi-final stage. Unless they change the rules again, there is NO judges vote at the semi-finals stage which means the phone vote will decide the next elimination.  So this means that the final should eventually be between Amelia Lilly 7.2, Marcus Collins 2.44 and Little Mix 2.64 (Rhythmix).


No act has ever won The X Factor after being in the Bottom 2. Of the current acts left, Misha B & Amelia have both been in the bottom 2 which obviously leaves only Marcus and Little Mix as potential winners.

No group has ever won The X Factor. This obviously means you are fighting against the trend if you are backing Little Mix to win.

Then again, these records are here to be broken!

So, who is gonna bloody win it?

This has been the most unpredictable series since the shows inception and the market movements have underlined that.  If I had to put my neck on the line then I would go with Marcus Collins (2.40) due to the facts pointed out above but this really is “anyone’s game” and you will be better off avoiding it all together.

By the way, The X Factor final actually clashes with El Classico on the Saturday so I know where I will rather be! 😉