Betfair are constantly adding new markets to their exchange but it is not often you see them adjust a previous market, especially a popular market but this seems set to change.

In an email sent out to Betfair’s premium customers, there were suggestions that Betfair are set to make some adjustments to their Correct Score market.

We currently offer all quoted scores from 0-0 to 3-3 in Football Correct Score (C/S) markets, with “Any Unquoted” listed as a selection to cover all possible scores where one or both teams scores four or more goals. In many situations, perhaps where one team is a strong favourite like Barcelona at home to Elche, “Any Unquoted” will be the favourite in that market. It’s effectively an inexact proxy for “Barcelona to win and score heavily”.

We’ve had some customer feedback asking for “Any Unquoted” to be split into three selections, “Any Other Home”, “Any Other Away” and “Any Other Draw”. That would give customers more choice – those who wanted to back just Barcelona to score a hatful should get a slightly better price, while those who still want to bet on (or against) all three outcomes can dutch them.

The suggestion being that it will make it better for the users but is that really the case? We will now have 3 markets for something that previously only used to need one market and I would suggest it would not improve the prices on offer by that much of a significant amount anyway.

In the Barcelona-Elche situation they mentioned above, surely the ANY UNQUOTED price is only ever going to factor in a Barcelona win with Barcelona scoring more then 3. How many would really be betting on Elche to beat Barcelona and score more then 3 in this case?

Time will tell if it is something they will eventually implicate depending on how the trial goes but, to me, it does not seem like something that we users really “need” in the grand scheme of things.

If anything what we need is LESS markets which will improve liquidity overall and create a better user experience but it seems like Betfair are going for the quantity over quality direction for the time being.

The positive will be that if you do fancy the underdog to beat the favourite by a hatful of goals then you might end up getting a better price on that scenario. So those who would have backed Any Other Away in the below famous match would have probably enjoyed a very lucrative pay out that day. 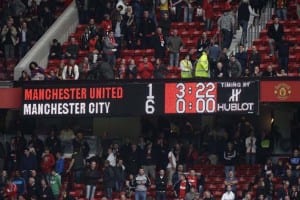